Time for a change of route and so a launch at Linton on Ouse and a “passage” to Bishopthorpe, with the logistical help of Kay and the car.  Linton was OK, except for a 90 degree bend in a walkway down and round which the kayak had to be negotiated to get it to a landing stage which had a shade too much freeboard for my taste, but which was obviously ideal for craft awaiting the nearby lock.

All that dealt with, the first stage of the journey was quite delightful, silent but for the paddle in the water, a whispering breeze and a little birdsong.  The only “hazard” was the occasional fisherman concealed in the bushes, but I think I managed to steer clear of their floats and stayed on good terms with my fellow river users!  I came across a moored vessel which had the looks of a sailing barge, possibly with Thames connections, although I’m not sure about the rather splendid lee boards, they probably make it Dutch.  Pictures follow …….  It looked somewhat in need of TLC and would make a delightful restoration project; but only I suspect for someone with very deep pockets! 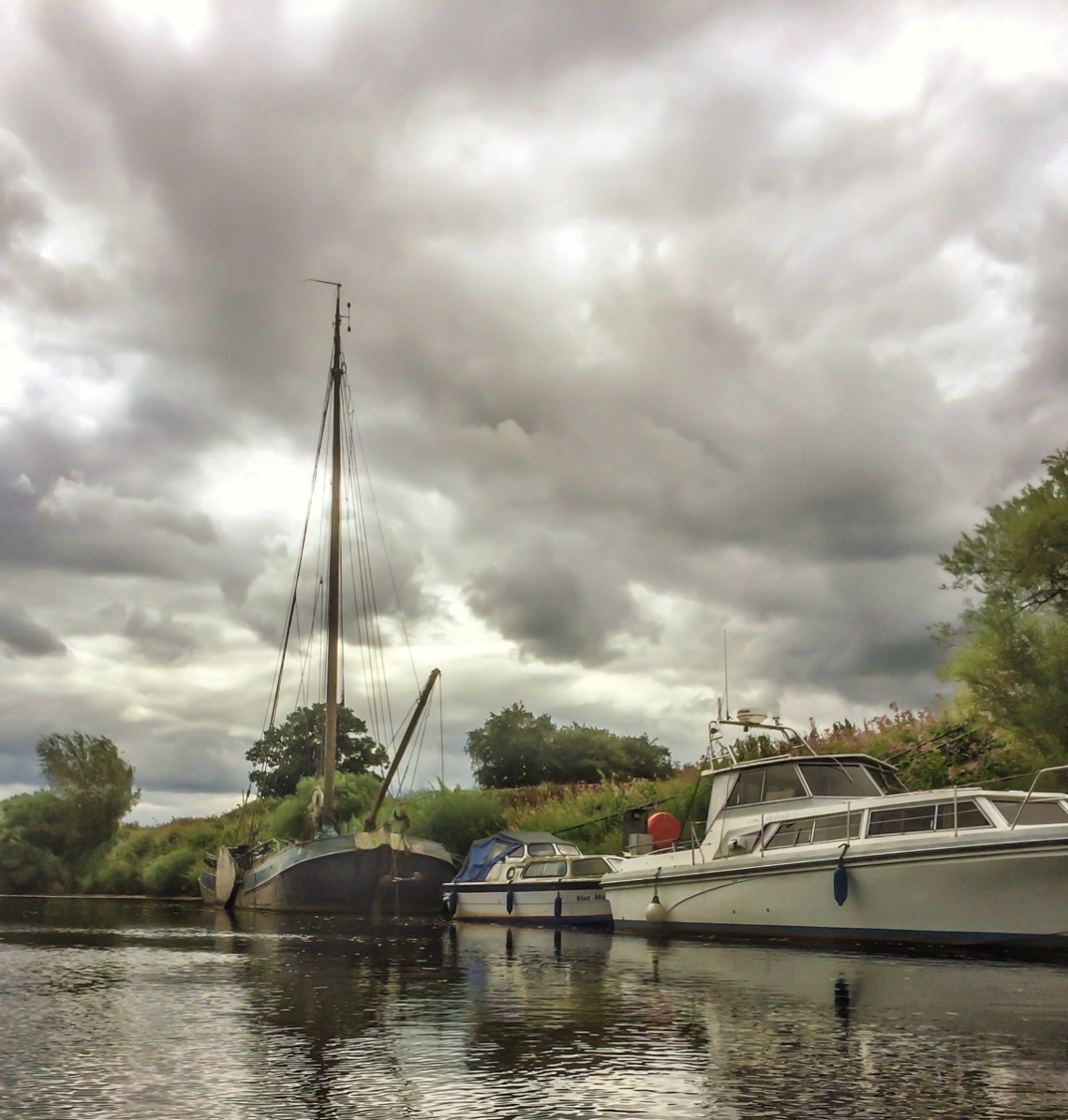 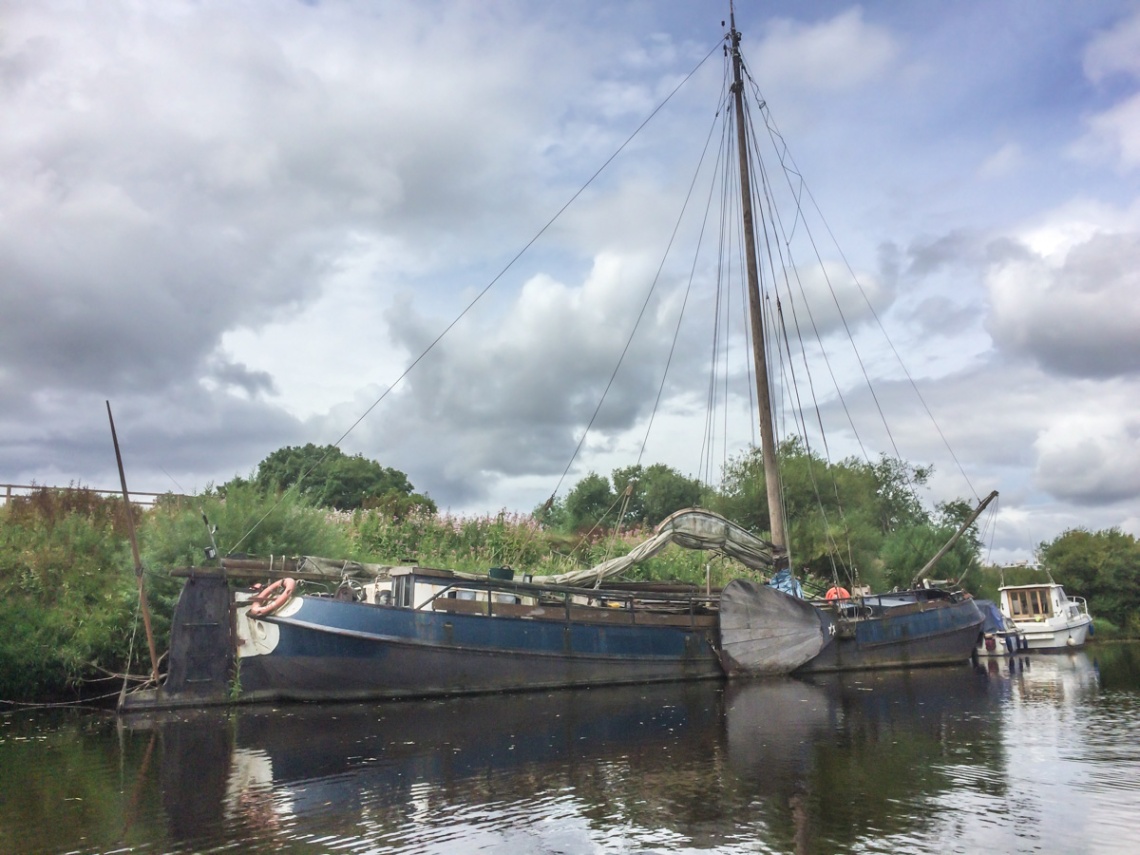 About 2 hours saw me at the same lunch stop the I’ve used before which I was happy enough to use again.  Also exploiting the beach and the river was a quintet of boys, aged I guess about 10 or 11.  Grand to see really – kids doing what they’ve done since time immemorial and jumping, diving, splashing and generally thoroughly enjoying themselves.  The one jarring note was the language that they were using; swearing fluently and without inhibition and at substantial volume.  I haven’t heard the “f” word used with such enthusiastic frequency since well, the last time I guess.  It’s not I think that  was offended – I’m well past that!  It just seemed sad really, and introduced a note of real ugliness into that otherwise traditional, bucolic, even lyrical scene that one imagined such as Constable might have painted.

Onwards though, and eventually back through the noise and bustle of the city and eventually on to Bishopthorpe where my arrival pretty much coincided with Kay’s.  Conclusions ……?  I seem to be paddling at about 5/6 kph, so a decent walking speed.  That’s fine – but I confess to feeling in my muscles and general sense of tiredness that 4 hours paddling is a bit much.  (Whimp!)  So I’m going to try launching at Bishopthorpe again with a view to spending say 2 hours on the water and building in some species of “interval training” and so creating a more specific pattern of exercise in the exercise (which at least grammatically is one exercise too many!)